I'm trying to watch a new sitcom, The New Girl, with Zooey Deschanel. It's rather odd, though. I'm pretty sure it's supposed to be a comedy, but it's very unclear in what direction the comedy is supposed to be going. The Zooey character breaks a televesion with a basketball. Is that funny? Don't look at me, I dunno.

In the intro, the men carry a frame and background forth to frame Zooey as the New Girl. And then the men walk away sort of aimlessly, while Zooey looks at them confusedly. How is this funny exactly?

And they have four young, highly attractive, single persons, one of them female, in one apartment, and apparently there's so far not a hint of romantic attraction taking place. Very realistic, what's next, one of them is an alien and one is a ghost?
The upside is that Zooey is just so deadly cute that she can almost carry it all by herself. (See pixie girls.)
I'll give it a chance or two more. 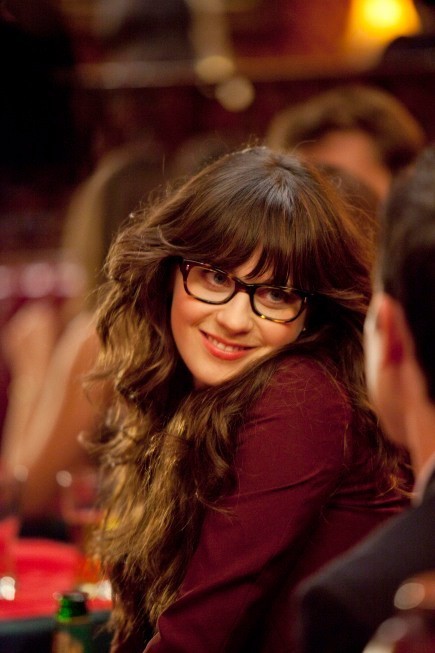 Sounds like a remake of Being Human, which was about a ghost, a werewolf and a vampire sharing a flat.

A vid that's not very well set up and not until 18 minutes in of 'Valley Talk,' does Zooey try to describe the show. :-)

And...she talks, briefly, about it, on Jimmy Fallon's show. She's a pretty good sport on this clip! :-)

Alex, thanks for that tip. Right up my alley, if done right.

Zooey is making a career out of playing "Manic Pixie Dream Girls", which is definitely good work if you can get it.

Here's a good vid of what exactly a MPDG is: http://n.pr/oeNhw1

Zooey is making a career out of playing "Manic Pixie Dream Girls", which is definitely good work if you can get it.

It will also make for a fairly short career as you can't play those forever. Eventually, a la Meg Ryan, she'll get kicked to the curb.