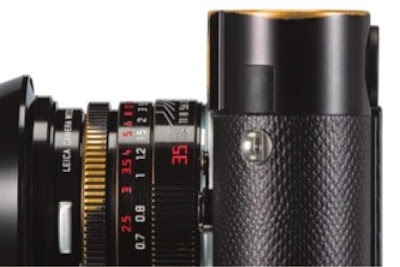 Reminds me of the $200+ distressed jeans I see women wearing these days with the fabric worn away to look like they're 10 years old instead of new!

They should have had Seal "design" it - he's a serious photographer. Kravitz probably figured out how to use a Leica by taking pictures of himself in front of one of his many full-length mirrors.

Is it that people today are too lazy to wear things in like the old days? I see different places selling t-shirts of the "distressed" type - it's too hard to wear that AC/DC shirt long enough to get the look for real! I guess. :-)

One issue is that it takes 20 years of daily use to make a Leica look like that. Just try and shoot with a 20-year-old digital camera, I dare ya. :-)

Maybe they need to make it so you can swap out the insides. Then you can still upgrade but you get that worn in look.