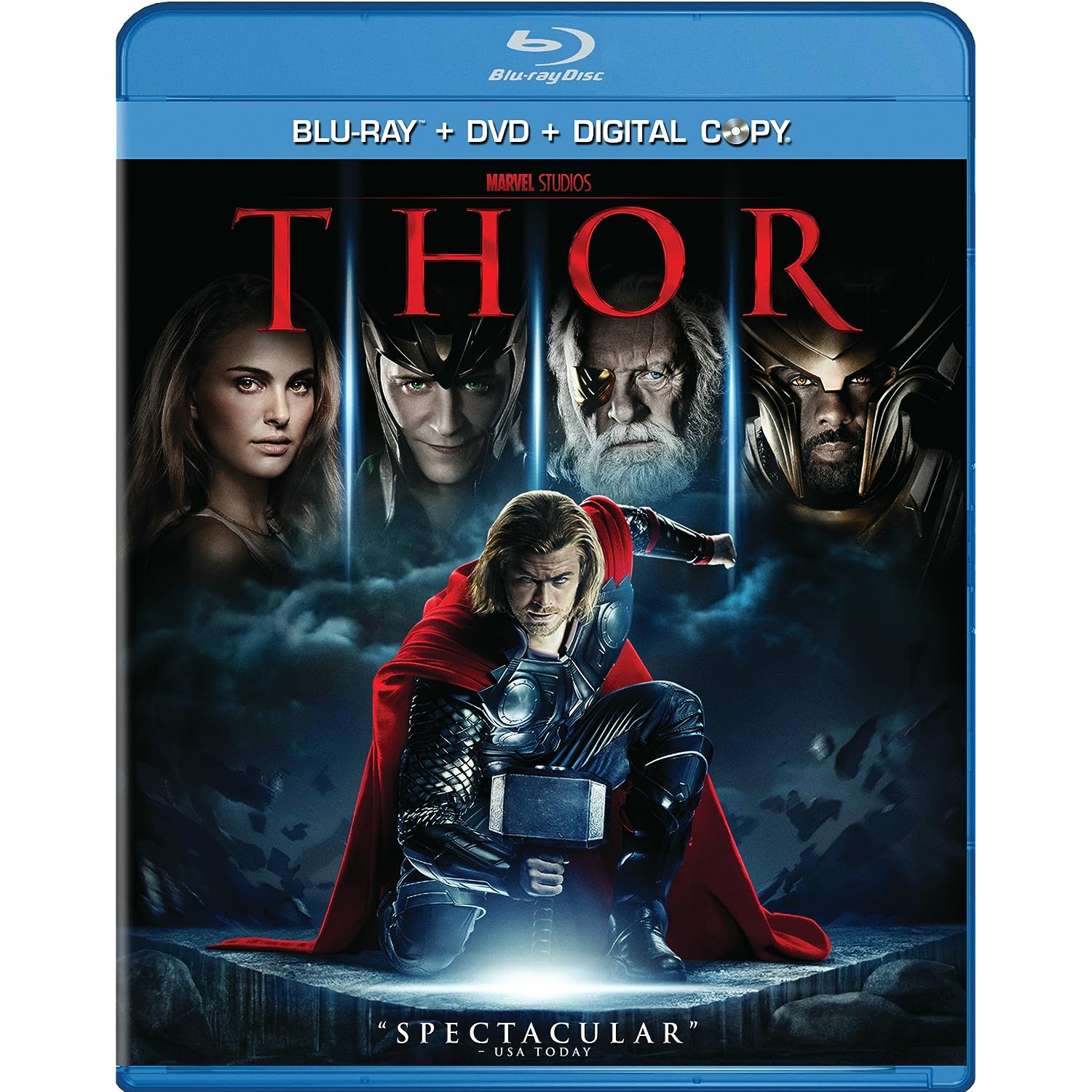 BTW, from the Avengers trailer (one of many, we seem to drown in trailers these days): Tony Stark says: "If we can't protect the Earth, we'll make damn sure we'll avenge it.".
I'm sure that'd be a great solace to five billion dead earthlings. And I'm sure the force which did such a thing will be quaking mightily in their boots when a half-dozen humans with slightly boosted strength and agility cry "Avengers Assemble" and attack their swarming space armada.
Posted by Eolake Stobblehouse at Wednesday, February 29, 2012

Did others find "Thor" a bit boring? A bit uninspired?

Yeah, it wasn't my favorite superhero movie. Really, I'm starting to get the impression that we're running out of superheroes. Last year, we had Thor, Green Lantern, Captain America, that X-Men movie with none of the cool X-Men. Kinda feels like they're scraping the bottom of the barrel now. I'm kinda curious what the genre's gonna do after the Avengers.

In Tony's defense, that phrase does look cool on a poster.

True enough.
But in comics we saw that good writers could make great comics out of traditionally lame superheroes, like Grant Morrison did with Doom Patrol and Animal Man.
But then if they made movies like he wrote those comics, hardly anybody in the audience would grok what the heck was going on.

Back to the first hand, Kick-Ass was the lamest superhero ever, but a great comic and film too. (OK, admittedly helped by a very cool female lead, but then she was exceedingly unrealistic, so it really shouldn't have worked.)

I'm soo looking forward to a Dazzler movie. And Moon Knight. Not to mention Ragman.

I've never heard of Ragman, but Dazzler and Moon Knight? They really are scraping the bottom of the barrel.

Well, to be honest, that was me being sarcastic. Pretty much. With a sub-point being that, like some writer said, how good or bad an idea is, is much less important than what you do with it.

The three characters were all third-rung superheroes years ago. Dazzler was a sort of "disco heroine" who could convert sound (like from a concert) into laser light shooting from her fingers!! :-)

Oh, and to be precise, I don't think there are movies being made with any of those characters.

I could believe there was a Moon Knight movie in the works. Probably not Dazzler, though.

The three characters were all third-rung superheroes years ago. Dazzler was a sort of "disco heroine" who could convert sound (like from a concert) into laser light shooting from her fingers!! :-)

Sounds like Jubilee, although I know Dazzler came first. Both are at best D-list characters.

The only thing I wonder about this Avengers movie is, what is Black Widow doing there? And Hawkeye? Tony Stark has the Iron Man armor, Steve Rogers has the super soldier serum, Thor's a god, and the Hulk's The Hulk. But Black Widow and Hawkeye?

I have no idea who Ragman is, but I'd actually like to see that movie just to see how it'd be advertised. Imagine LaFontaine doing the promo for that if he were still alive. "In a world...where superheroes have really bizarre names...enter...the Ragman!"

In the Ultimates (comic), Hawkeye throws any object to main, sort of like Bullseye.

Ragman was short-lived, and almost the ultimate out-of-ideas character. Everything about him was vague and inconsistent too.

You just can't make an impressive hero dressed in rags...

You could get this guy.

In the Ultimates (comic), Hawkeye throws any object to main, sort of like Bullseye.

Yeah, I remember that. Still seems kind of lame to me. Just not in the same league. Sort of like how the Justice League could have probably got along with just Superman. :-)

Indeed. And yet Plasticman always manages to play a role somehow! :-)

Plasticman is funny, that counts for a lot! ;-)