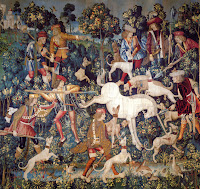 I found a 10 min online video about the project, including fascinating footage of the Chudnovsky Mathematician and their homebuilt supercomputer, It.

"The Chudnovsky brothers insist that they are functionally one mathematician who happens to occupy two human bodies."

Hmm, interesting. I know that one person is a trinity himself: the body, the soul, the spirit. Three wrapped into one.
Never heard of one person in two bodies? Isn't that impossible?

Um... What do you make of siamese twins?

I heard that in the Barnum Circus, one of the Siamese Sisters got married (yes, it's true).
I bet this must've been the source of some interesting dilemmas and situations...
I think in such exceptional cases, allowing bigamy wouldn't be such a "wrong" thing!

As I understand it, it is not atypical that conjoined twins get married on their own. One doesn't have to be in a circus to do that.

I wasn't aiming at circuses, it's just that I heard of that particular case. And no dubious joke was intended, TTL.

You seem to have missed my point. I was just wondering, to state it explicitly, how you can have sex with your wife without things getting contrary to the strict puritan morals of these times. Conjoined twins have to make do with sharing their intimacy and living together every second. Not to mention that frequently they also share sensations, feelings and even thoughts. Weird situation when you consider sexual relations, isn't it?

And what about when part of the bodies are common, fused, one part for both twins? More specifically, the hips? I've seen such cases. How do you handle two people also being one? It appears that "technical" bigamy becomes the only PRACTICAL solution then. At least in regard with the social and moral norms, present or past...

So I was just wondering how the laws of human society can sensibly adapt to some of Nature's whims. Never intended to be offensive or raunchy.

Speaking of particular cases... The Siamese Sisters, like most people with physical oddities working in the Barnum Circus, were de facto well-known. They even starred, together, in a very unusual film that I got to see. Its title was "Freaks" (not very original!), but don't let the name mislead you, it had a great story. I was amazed at how intensely these people were shown as human as you and I, because in these days such a portrayal would be very unexpected. The movie was the opposite of insulting to them, and I loved that. It shows (very early on) that the only real monster in it is the sexy, "normal", heartless woman.

I heard the film was banned in its days, not for offending the human dignity of these people, but probably because the public might have been horrified of their "different" aspect and would have trashed the film.

Me, I was only made uneasy by the three "pinheads" (as they are called in the movie). And only for one reason : THEIR particularity, microcephaly, implies severe mental handicap. Looked like very nice folks, naturally. It's just that a person with greatly damaged intellect makes me feel sorry.

That movie was meant to be a horror flick. I watched it and only saw a human drama. Even had a humorous ending, IMO.

No direct relation, but I read a story about one of the Barnum circus midgets, a woman. She was very pretty, and had a rare peculiarity : she had the same proportions as an adult, only in miniature. (Medically, I'm puzzled by this.) She had a tragic fate. Because she was so tiny, while the train was travelling in the mountains one winter, the cold unexpectedly killed her.
I'm not sure, but maybe she's the one seen in that movie.

At least in regard with the social and moral norms, present or past...

It seems to me here your thinking goes astray.

Moral norms are nothing but beliefs. Being born a conjoined twin will no doubt lead you to adopt a somewhat different set of beliefs.

I am told sex for many disabled person also involves an outside 'facilitator'. It's no big deal, apparently, provided there is trust among the participants.

Do what thou wilt shall be the whole of the law.

"Do what thou wilt shall be the whole of the law."

You're supporting your view by quoting Aleister Crowley?! Excellent. :)

Eolake said: "You're supporting your view by quoting Aleister Crowley?!"

Sure thing. I am a big fan of Crowley, the writer. (See my page of recommended philosophical books.)

Well, I am certainly not the one to become a slave of social norms. But in cases where "good society" feels the holy duty to meddle, huge bothers are just around the corner. In many countries today, just being gay is grounds for getting fired or jailed. Or worse.
I believe this is sufficient to raise some practical concerns.

I may be biased from growing up among such meddlers...

I'm all for facilitating life experiences for the disabled. "TOBAL": maybe it should even be in the law, like a social service. It's part of the universal human rights of being happy and enjoying life, after all.

I was quite surprised when I had the opportunity to see "Freaks" on French TV; not having a prejudice against different people, I saw the story for what is was: a very relevant and sensitive human drama (in 1932!!!). Therefore, I found the supposedly "horor" ending humorous. This made-up feathered "chicken lady" felt like Hitchcock's ironic endings, and was too silly to be anything BUT a joke.

"One of us." This scene moved me beyond words.

"The Chudnovsky brothers insist that they are functionally one mathematician who happens to occupy two human bodies."

I should be so lucky. Living with any of my siblings under the same roof without bickering for three straight days is already no small feat! ;-)
Not that we're overly immature (okay, this too), it's just that each of us is very different from the others. Very different characters.

It's getting better, though. The last time there was any blood spilling outside of accidents, I was around six. And I'm not even sure that WAS blood, Mom doesn't recall any. (I'm much more positive about that accident when I was 17... You DON'T want to get too close when I'm cutting a tree. Especially if you sneak up from behind to supervise!!!)