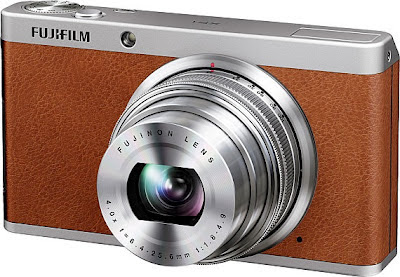 I'd hazard that the X10 is a real photographers' camera, with classic camera looks and an optical viewfinder, whereas the XF1 is more of a gentleman-shooter's camera, sleek and pretty and pocketable. (It comes in black, tan, and red.)

(Here's my own X10.) (I made a google search for Fuji X10, and this was in the top row. But I better get one also which is meant to show the camera clearer.)

See what I mean? It's a real man-man's camera (at the compact end), where the XF1 is rather for the more style conscious dude or dudette.  But I think their capabilities are quite similar.