Mirrorless, Mirrorless on the Wall

Mirrorless, Mirrorless on the Wall: Part I and Part II. These articles are good fun.

The others are either electronics companies or medical imaging companies that also make cameras and lenses. To put it in perspective, Samsung is by far the largest company involved in imaging with revenues of around $145 billion, followed by Panasonic ($99 billion), Sony ($82 billion), Canon ($44.5 billion), Fujifilm ($28 billion), and Ricoh ($24 billion)(1). Nikon’s revenue, for perspective, was $11.6 billion(2), which was a bit more than Olympus. [...]
A lot of you will think I’ve been very negative about Canon and Nikon. I have, really, but that’s because I like them. I don’t want the true camera companies to find out in a decade their technology is behind the times, their average user is 60 years old, and their lenses are bought more by collectors than active photographers. [...]
The answer seems rather simple. Set up an autonomous mirrorless division with their own budget and tell them to go dominate the mirrorless market. Tell them to not give a damn about taking market share from the company’s SLRs. Do that, and the resources and knowledge that Canon or Nikon have available could create some amazing new cameras. 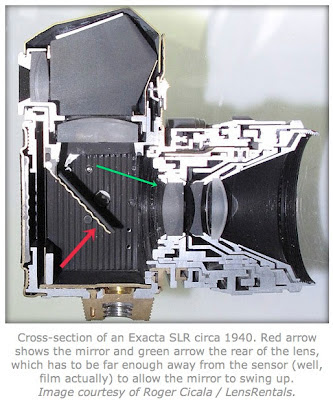 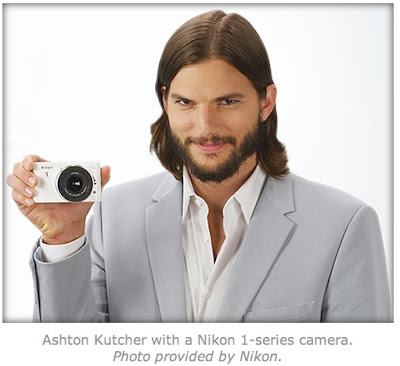 Interesting summary. Thanks for linking the articles. I think two things were under emphasized.

1. He talked a bit about the companies not being very aggressive. To me, this explains nearly everything about the camera industry. Camera companies are not trying to win, they are trying to avoid losing. They are not making a few camera models that they believe strongly in, they are making a lot of models that they believe people will buy. Do you every hear any Apple execs talking about market segments and worrying about cannibalization? No, they talk about great products for everyone to use.

2. He didn't talk at all about the iPhone 3 effect on pricing. The longer a product is in production, the less money it costs to make it. To me this explains why SLRs are still nearly as cheap as mirrorless. It's true that the models change often, but many of the parts are the same.

I think the future of mirrorless is the Sony RX100 and the Canon G1X. The people that the camera companies are trying to persuade to buy mirrorless want the image quality of a larger sensor but would rather not have to change lenses.

I've kind of been wondering, why is Ashton Kutcher the face of a lot of this stuff? He's not exactly young anymore, he doesn't write about tech stuff, and unlike say Stephen Fry or the late Douglas Adams is too stupid to understand it anyway. How is this guy the one to advertise cameras and cell phones?

Bruce, good points.
I wonder how the older iPhones, at cheap prices, are sold. I never see them on sale or advertised, and those folks I've asked say that they can't afford an iPhone, they also seem to not have heard of the cheaper models.

--
Kutcher looks young still, and he's verra handsome. That counts for a lot in the mainstream market.

I think Nikon is trying to sell their 1 Series cameras to women of a certain age. In the US they are often called "soccer moms." Nikon is using Kutcher to appeal to them.

I agree, mirrorless is usually short for mirrorless interchangeable lens camera. But still, the situation reminds me of SUVs. In the commercials, the car companies have them driving through the back country. In real life, 95+ percent of SUVs never leave the blacktop. I wonder what percentage of people who buy a mirrorless or SLR never buy a second lens.

He doesn't look so handsome with that scraggly, Grizzly Adams like beard. Pitt grew one for a while too (or maybe still has it?). It's odd, most guys would love to look like that, but these guys having looked that good all their lives maybe wonder if that's all they have. Not so in many cases although Kutcher's talents are miniscule.

Sometimes we don't find out about an actor's real talent until they are given a challenging role. And Kutcher's roles have been real light weight. He may surprise us with Steve Jobs.

He's been in a fair number of movies, did they all suck? I bet Olivier could have made Dude, Where's My Car? a classic.

As to me, I like his work. I like him in 2.5 Men, and I also like Dude Where's my Car. And That Seventies Show has its moments. (Though admittedly the two wonderful girls are a big part of that. That redhead... mmmmm.)