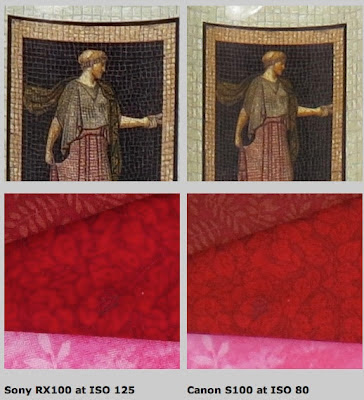 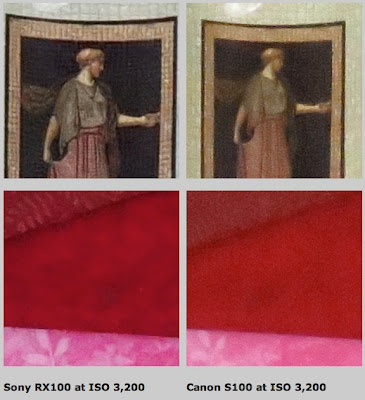 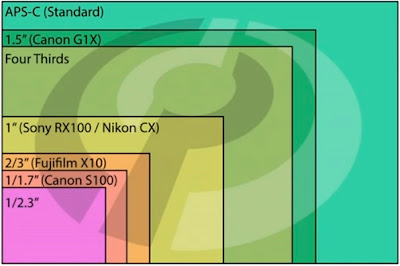 This does look like an awesome camera. I agree the price is steep. But it's a new sensor size for Sony, and there are a lot of start up costs associated with the sensor and the lens system that goes with it. If they start sharing it with other cameras (!) perhaps the price will come down.

Note that this is the same size sensor as in Nikon's J1 and V1, but with twice the megapixels.

Yes, it's an odd choice.
But I admit I've seen evidence that higher pixel count, apart from file size, has more relevance for resolution, and less for noise, than I thought. So... I'm a bit undecided.

Undecided is where I am as well. The image comparisons with the J1 (on that same imaging-resource page) were ... interesting.

Photographyblog.com has some raw files to download in their review, but my Adobe software can't open the files yet! When Adobe releases updates I will be taking a good look at those files.

I find that site very valuable. They put up a handful of raw files for download with every camera they review that supports raw.

PhotographyBlog is surprisingly good. Though imaging-resource.com is my fave.

J1, yes. I haven't looked at it seriously. Thing is, exchangeable-lens camera is only pocketable with a few select pancake lenses.

I like I-R as well. The compare-o-meter at dpreview is helpful. They don't have the RX100 included yet.
http://www.dpreview.com/reviews/studio-compare
Yes, the J1 is not a pocket camera, it has to compete with M 4/3.

Eo...is this the one that you just got? For some reason, I thought it was called an X100 and went in the store asking for same! :-/ Guy didn't even bat an eye, when he told me that he thought they should have some coming in, soon! TWO stores said same to me! This is actually it, right? I didn't see much Sony on display. Don't think they had it out. :-(

OMG! I had totally forgotten about this: the "eye-fi" ("newRX100 from NYC's comment) where you can, wirelessly, download to the iPad or whatever other "i!" :-/ That's what I'm wanting to be able to do; check out my shots, while I'm out taking them! A larger screen would be really helpful to have!

The Sony RX100 is a pocket camera with a zoom.
The Fuji X100 is a bit larger, with a fixed lens, non-zoom, 35mm. Looks a bit like a Leica, very beautiful, but limited in use.

The Sony RX100 is a pocket camera with a zoom.

Right. I was just trying to confirm that: 1) this was the one that you just, recently, purchased; and 2) that I had the model name/number correct...before I went and called the store, again.

Those turkeys: as usual, most of the "sales" staff don't seem to know what they're doing: first the girl tells me that they are discontinuing it and I ask her "why?" (I was reading where it is just MONTHS old; like, out, in July, for Pete's sake! :-/

Then, she asks me what I'm going to be using it for! HATE when they do that! She was, actually, going to try to sell me something CHEAPER?! WEIRD! And...I also HATE to feel like I have to "justify" why I want a certain camera! I want to know WHY having a decent lens and clear, quality-looking images has to cost so much! (Grrr!)

So...then, she runs off and talks to someone and finds out that 1) it is not discontinued; they're just not carrying it in the store, because it is a "higher end" camera! HATE when they do that! What about a fricken iPhone?! They carry those!!!!! That's about the same cost!!

And...2) because they don't carry it in the store, she was been given a "several compromises" ("Yes! Why don't I take 10 of those, then?!") "compare-able" (she said it, several times, even after I corrected her and said "comparable!" Drives me NUTS...like when people say "HeighTH," and "acrossED!" What?! Home come no one knows how to speak proper English anymore?! :-/ camera that she was to "steer" me towards; that of the "Canon DCS 110!" Too funny: she came back and called it a Canon DCS 110! That ain't even a camera! In fact, that is part of Sony's "naming game!" And...they're telling me the "compareable" is this?! For $400+ LESS?! DOUBT it! And...she even said that the Sony was better, after trying to sell me on this camera, so...WHY even make an attempt to move a camera?! It was a JOKE!:-/

So...now, I'm just a tad annoyed 'cuz they don't have it in-store for me to have a look at; that they have to order one for me; I hafta wait; and...then, I do have a 30-day to try it out! I'll probably just wait to order it, closer to Christmas, so I have it, for our trip, so I can test it out, while we're gone.

The Fuji X100 is a bit larger, with a fixed lens, non-zoom, 35mm. Looks a bit like a Leica, very beautiful, but limited in use.

Yes...I tried that one; that was the one I used for the field panorama. When you say "fixed lens;" isn't the Sony the same? As in, neither one can change lenses; right?

Both have a fixed lens, but the Fuji's lens is a "prime", a non-zoom.

Both have a fixed lens, but the Fuji's lens is a "prime", a non-zoom.

Oh, yes. OK. Got it; thanks! Funny: I thought the Fuji zoomed...manually; no? It seemed like it.

LOL! Well...I'm pretty sure, from what I am thinking back to, that 1) they were only blowing smoke up YKwhere; 'cuz they were 2) with a customer, and only gave me half a second of their attention; and 3) didn't look anything up. That was yesterday; and...today, 4) when I called, the explanation of the higher-end cameras being sparse in their stores (it's Best Buy) so...I think that I'm pretty safe that they couldn't have confused that one 'cuz...it's probably never even seen the inside of any of their stores; and 5) I did have the correct name, when I called back in, today. But thank you for double-checking w/me; I appreciate that! :-)

"I thought the Fuji zoomed...manually; no?"

That's the little brother, the wonderful X10. It has a great manually turned zoom.