The Nikon Empire Strikes Back 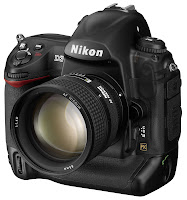 OK, this surprised me: Nikon hits back hard. (And another article here.) Including the full frame DSLR that high end customers have been begging for since the millennium at least. And beautiful it is too, both the design and the features.

One of the most interesting features, especially in the flagship D3, is very high ISO capability. (For low light shooting without too much noise in the images.) This was arguably the point where Nikon was lagging most behind Canon. And Canon increased that gap recently, but now it appears that Nikon has leap-frogged even that big difference and come well ahead. If the cameras live up to this in practice, this is hugely impressive. 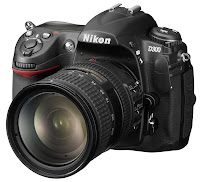 Now the top end race has two contenders, gotta love that. If Sony also joins the fray at that level when their pro models arrive, the competition will be stiff. Good for the rest of us.

OK, me, I would better like a less bulky full frame camera a la Canon 5D, but still. It will surely arrive from Canon, and maybe even from Nikon in the fullness of time.

Thom writes about the D300: "... take a D200, which is a very nice handling camera, and stuff some key new components into it and you have something that's as fast as a D2x, has as many pixels as a D2x, has a better focus system than a D2x, writes to cards faster than a D2x, has cleaner high ISO results than a D2x, and, oh yes, sells for US$3200 less (at list prices, at street prices the difference is hundreds of dollars less). What's not to like about that?"

Well said. Viewed like that one can see what remarkable progress is made.