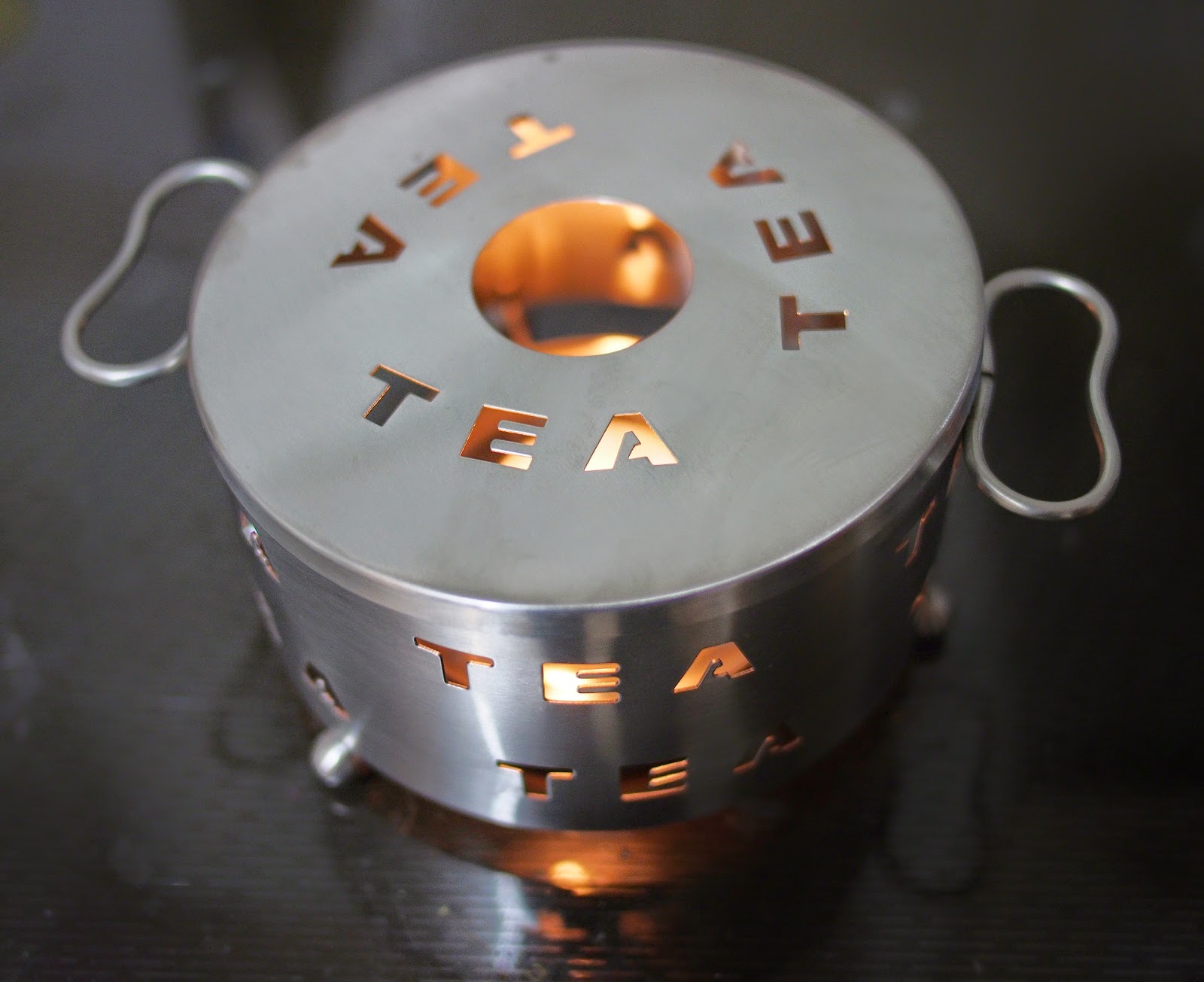 You put one of those little fat tea light candles (in a small aluminium pot) in the bottom. The lid does not get hot (at least in the short time I've used it), but the heat up through the hole is very effective.
Biggest variable is the material and thickness of the bottom of your cup/pot.
Funny, writing this, I think I can smell my last cup of Lady Grey, though I used to buy the popular brand Typhoo.
Posted by Eolake Stobblehouse at Thursday, January 29, 2015

So this is to keep a cup warm? Until now I'd never heard of something like this. I usually drink mine before it gets cold. I didn't know Typhoo was considered crappy, that's all I drink! :-)

Of course, I've been told I have mine "builder" style which I guess is very sweet and strong.

Well, it is made to keep teapots warm, not cups. I'm sure I'm in a small minority using them for cups.
But I like to enjoy my tea or coffee leisurely.

I did not say Typhoo is crap. I quite like it. But it seems to be the default brand in shops and places where people habitually buy the cheapest item.
I don't even know if it is actually the cheapest, I don't tend to notice these things much.

By the way, on the great and oddball sitcom "Ideal" ("I deal"), the protagonist was told he needed to have builders in for a week. He said "crap, that will cost me a fortune in Typhoo and Disgestives." I laughed because those were exactly what I bought habitually for myself at the local convenience store. :-)

Yes, I guess "cheap" doesn't always mean "crap." I had used Tetley for years but it started to taste weird so I tried Typhoo which I quite like.

Indeed. There is a general corelation, but the fuzzy edges are very wide.

How well does it work if you use one of the Tea Lights with an LED 'flame'? ;-) (You wouldn't get soot on the bottom of the teapot/cup with LEDs; no carbon = more ecofriendly).